Preparing my daughter with Sotos Syndrome for school

Last week my daughter started kindergarten, in a mainstream public school. As any parent of a child with a delay or disability knows, this was months,  actually years in the making in terms of preparation. Today I wanted to share my experience and what resources and tips helped us along the way.

When my daughter was born, one of the first things that was picked up, before the Sotos Syndrome diagnosis was even a thought in the Dr’s minds, was her Hypotonia and feeding difficulties. So set in motion years of early intervention therapy based on targeting her challenges. Even before she was diagnosed, at 20 months, she had received a lot of OT, PT and speech therapy. Due to her delays, we quite literally taught her to feed, sit, crawl, walk, toilet train, ride a bike with training wheels, draw, write her name… nothing came without effort. It was always a goal in an NDIS plan, with a therapist assigned to help her in meeting this goal. She received Hydrotherapy (swimming as therapy), Music therapy and Conductive Ed. She even attended intensive therapy, 3 hours each day for a week, at NAPA. Each week she’s had at least 3-4 therapies of some description. Topping this off with Dr’s appointments and a number of emergency visits to hospital, it’s been a busy few years. Not the picture I had in my mind when I was pregnant, of what raising my second daughter would look like.

But looking back, it was all worthwhile – with the wins being sweeter and like many of those with Sotos Syndrome, she has progressed at a rate that has surprised many. The fears I had during those early days of what today might look like… almost none of them are our reality today. With one big exception – she definitely stands out for being much taller than her peers!

Here are some of the things that really helped.

Swimming lessons from a young age. We really relied on this as PT became less helpful to her after 2. She wasn’t very compliant once she could run away! Today she swims like a fish.

Speech wise, the Hanen method, combined with music therapy  were the key to her communicating orally. She is very drawn to music and would sing before she even spoke! The Hanen method helped her see herself as a verbal communicator – her speech therapist was right on the money there when she told me this approach would work.

Conductive Ed through the Cerebral Palsy Alliance really helped, although I can’t say I understood the Hungarian method behind it, the sessions toilet trained her and helped her ride a bike with training wheels. It was a group session held weekly. It helped me as a mum so much as I was overwhelmed by the idea of having to teach her these things.

Empowering myself along the way has been key. The Special book, by Melanie Dimmit was a lifesaver and taught me so much emotionally about how to handle my new role as mum of a child with a disability.

The Now and Next program by Plumtree Children’s Services, helped me meet my tribe and see the importance of myself as the expert of my child and the importance of taking a strengths based approach to raising her.

Kindred, with its Healthy Mothers, Healthy families program helped me learn how to take care of me and the importance of it.

From a practical school readiness point of view, sending my daughter to the preschool attached to the public school she went to really helped her. They spent each week in big school, so she was very familiar with it, and the friends she met there are with her now. I also got to meet the other families, who got to understand us and included us in activities.

I did a workshop through Kindred on how to do an ‘About Me’ one-pager for school. This helped to set the tone for how the school understands my child. I also did one of their ‘Vision Statement’ workshops, which built further on that.

The first week has gone well, anxiety was there but she has settled well and comes home with art from school that has me beaming with pride. Seeing her walk in with her sister is a dream come true for me. I hear from her oldest sister, a bit of a spy for me at school, that she has been playing with the other children in her class, which is so lovely to hear!

I know we will have our bumps and challenges along the way, another big phase has been entered into and there will be hard days and setbacks along the way to successes, but I am so proud of her and feel so blessed to be where we are today with her and with the community as supportive as it has ever been of children with different needs and uniqueness. 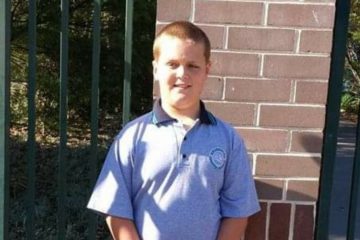 Q and A with Nanette – Nanna, and Shantel – Mum of Zac, who is 15 and has a Sotos-like Syndrome 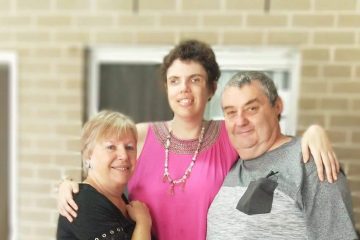 Q and A with Debbie, Mum of Kirsty, 33, with Sotos Syndrome 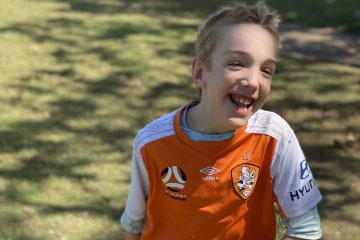 Q and A with Nyssa, Mum of Hudson, 8, with Sotos Syndrome