Today we ‘Google Met’ with Kirsten, who is the mum of Angus who lives in Bathurst NSW, who has Sotos Syndrome, and she shares her experience raising Angus in this Q+A.

Q: Tell us a bit about Angus, from your perspective.

Kirsten: Angus is 6 years old and he started school this year. He’s struggled socially, but he is in a support unit in a mainstream school. The unit is currently made up of children on the spectrum. Angus is  working at a year 2 level at Kindergarten and reading at a year 3 level –  and has a photographic memory. He’s not autistic but he has some behaviours like that. Not much self-regulation. In a lot of ways he is a typical 6 year old though.

He’s one of the funniest kids you will ever meet! He’s determined and he has had to work hard at everything, he is good at things because it is all he has known.

Q: Tell us about how you first became aware that Angus had Sotos Syndrome and your diagnosis journey

Kirsten:  It’s a very long story, journey. Angus is a rainbow baby and when he was born, he didn’t get the memo to breath. He went straight into special care and it was obvious to them there was something going on. He had low blood sugar, low tone and very lethargic and couldn’t suck. Then over the months he didn’t hit milestones when he shouldn’t. We started physio for his prorated ankles who picked up his low tone. So, we knew there was something but didn’t know what. We did some blood tests which looking for overgrowth syndromes. I struggled with my mental health at this time, I have terrible anxiety, and really struggled with this process so put the hold on testing and just managed any issues as they arose. Then at about 2 and a half we got a new paediatrician and she walked in and said, he has Sotos Syndrome. We haven’t even done genetic testing, as he just fits the mould. He has the typical facial features.

Q: What have been the biggest challenges for you as a mum of Angus

Kirsten: His lack of self-regulation mixed with his size, he weighs 50Kg at 6 and a half, and I can’t just  drag him out of somewhere. Another challenge is being in Bathurst there is a severe shortage of OTs so that has been hard. When he started school, his behaviour changed, and he has been beautiful. I need a bit more support with a psychologist for his behaviours but school has been amazing for him. He is doing integration with main-stream classes now. He has challenges during growth spurts and his regulation is worse during those periods.

Q: What have you enjoyed the most raising Angus

Kirsten: He’s just so cool and awesome! Just watching him work so hard and achieve so much. For other kids it might not be a huge achievement but for our kids it is. I have enjoyed watching his amazing personality develop. He’s kookie and amazing and a cool kid. So loving!!

Q: Were there challenges with Angus’s health?

Kirsten: He has a lot of upper respiratory issues. If he has a cold, he has it 3-fold. He was born with a hole in your heart but that closed natural. He sees a cardiologist yearly for monitoring but there is no big deal with that now.   Angus has a squint which will be surgically rectified within the next year.

Q: How has Angus’s development progressed over the years?

Kirsten: Unbelievably, he started walking around 2 and then stopped when he broke his leg then started again about 4 months later. He doesn’t have great stamina, but it’sbecoming better with age. We do a lot of hydrotherapy and he loves the water.  We never needed a special stroller but I squashed him into a ‘normal stroller for as long as I could! He can now walk the kilometre to school  He can ride with training wheels and rides his scooter like a boss! He’s come so far!  The first time he talked was 3 and now he doesn’t stop. His first word was seagull! Now we only have speech therapy once a fortnight which is about clarity and low tone in the mouth. I focus on incorporating what we learnt at physio and our very short time at OT into everyday life. His fine motor is ok. When he is tired and gets heightened, he loses his speech. He stutters and it comes and goes. The first time i realise he could read he was still 3 and was reading off the back of a truck! He is awesome at maths, which is vastly different from a lot of children with Sotos.

Kirsten: The best quote I have heard from Sotos Syndrome parents is it is like being on a slow train, they get their eventually. That has helped me so much through the years!

Thank you, Kirsten, we really appreciate your time, sharing your perspective with us. Angus is an amazing little guy! No doubt many will learn a lot from reading this!

If anyone else would like to be interviewed for our Sotos Syndrome Association Blog or newsletter, please email us at heather@sotos.org.au 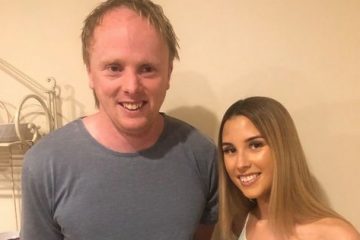 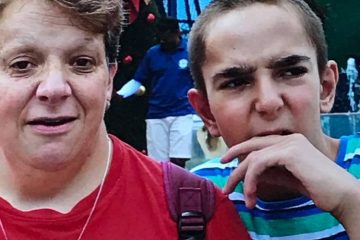 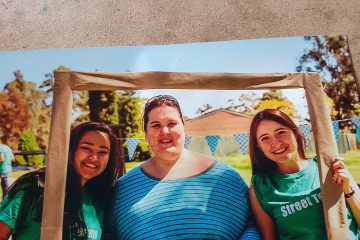